A Look At The Sauce Boss: Cuttwood E-liquids 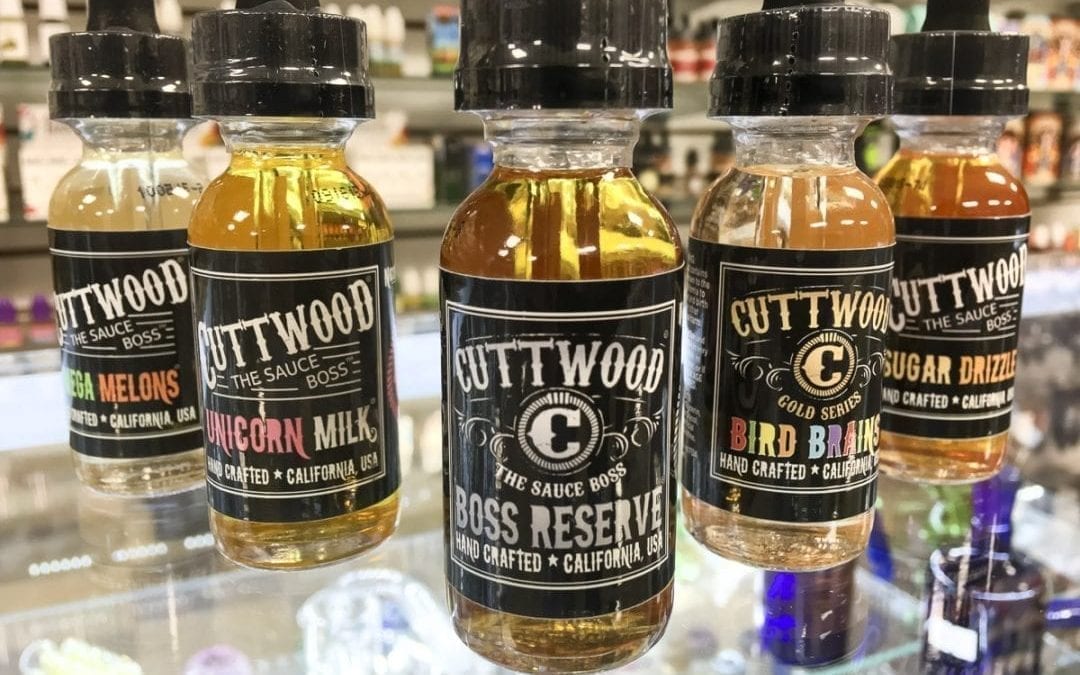 Cuttwood is undoubtedly one of the big dogs in the e liquid industry. What seems unique about Cuttwood vapor is the staying power their flavors have. Cuttwood hasn’t gotten lost in the crowd of flavors that seem endless right now. They have only five flavors and are huge in this market. I’m not implying that they offer less variety because every one of those flavors has multiple notes. I’m not a Cuttwood fanboy, I have two bottles of Cuttwood and like them both. My wife vapes Sugar Drizzle. It’s sweet with a cinnamon finish, it’s good but she does 12mg nicotine and I can’t handle that any more. Sometimes when I’m sittin on the sofa I’ll grab her vape and pull on it but I quickly begin to get that lightheaded feeling.

I started on 18mg nic and have worked my way down. She will take a pull off mine and every time she asks what it is. Every time it’s been my Boss Reserve, I’ve gone through about half a bottle and I really love it. I want more of that smooth flavor and to eat it like a cake but it’s truly all-day-vapeable and never leaves you with any kind of aftertaste and ready to take another puff. In the description Boss Reserve is said to be like honey graham cereal with roasted nut clusters in milk and topped with sliced bananas. Sounds great, right?! It definitely is one I’d recommend. We also tried Mega Melons which we both gave a thumbs up to as well. First thought most draw is watermelon, with…. other melons. Nope, try mango, cantaloupe, and papaya. I don’t believe I’ve seen these genius concoctions in other lines.

Cuttwood does a lot in the vaping community to promote their brand image as well. This past year Cuttwood sponsored the TUDOR United SportsCar Championship and PR1/Mathiasen Motorsports. In 2014 driver Mike Guasch Finished fourth in PC in Rolex 24 and ninth at Sebring in lone 2014 TUDOR Championship appearances. Guasch also came in number 1in the 2015 IMSA Sports Car Prototype Challenge.

There’s a little something for everyone in the Cuttwood culture though. Cuttwood also sponsors the “Girls of Cuttwood” and invites ladies to feed the vapor madness on Instagram with a couple fogged out snaps.