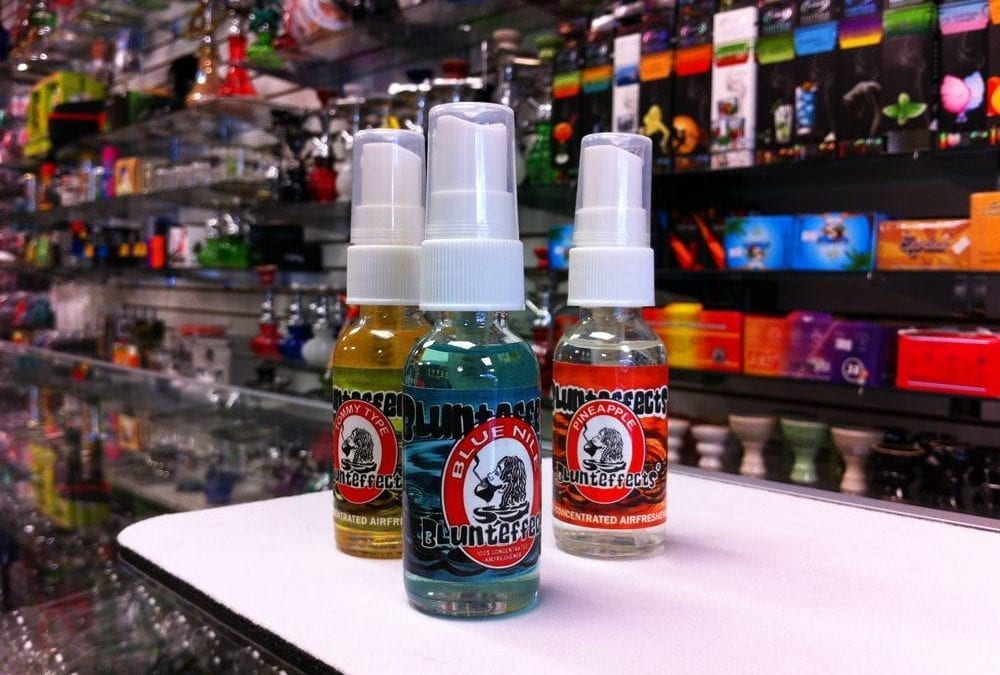 This little bottle of wonders just might save your ass, let’s run through a quick scenario.  Likely one of the best air fresheners on the market today.  Blunteffects air-freshener really gets smells out.

Let’s say you’re chill’n at home smoking some hookah in the living room, you think you’re going to be home alone all day and that’s dope.  all of the sudden you’re girl calls and she says she got off early and is coming hope with that bible beater friend of hers and wants the house to look nice.  She probably doesn’t mean smelling like hookah… right.

We can’t kill all that smoke, you’ll need to open a window or two for that, be sure to turn off the A/C first to save a buck on the electricity bill before throwing open all those windows.  next you’re going to want to generously spray some blunt-effects air freshener all around the house…. you’ll immediately notice it’s 100% concentrated formula go to work on those smells.  She gets home, the place smells nice and you’re good to go.  Thanks Blunteffects!  Works in the car too!!!