what’s a tootle puffer? Are YOU a Tootle Puffer?? 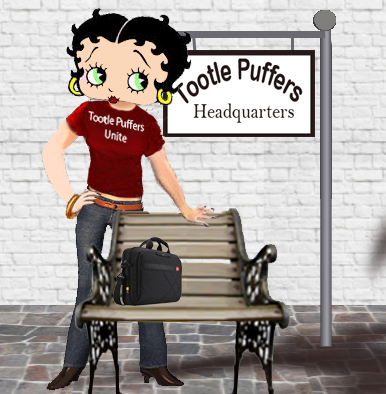 Ok, you’ve seen the term on a few threads on ECF, the biggest e cig forum, and you’ve scratched your head thinking…… “What in the world is a Tootle Puffer?!?!” You’re not alone. Many are wondering. Yet, there are a several people who know exactly what it means, and have smiled their way into the Tootle Puffers Club. Let’s have some fun. Let’s find out who actually IS a Tootle Puffer, and let’s define it!*

“tootle puffers” came from the itty bitty mods thread on ECF. The sub ohmers looking for 100watt + mods to run high wattage for clouds and such called those of us who run low watts (10-15 or less), using toppers like protanks, T3s, non-sub ohm tanks (including Kayfuns and the like building around 2 ohm coils) looking for small size and battery life only “low wattage tight draw tootle puffers”.

So what’s a tootle puffer? Someone who vapes at low power, and doesn’t make big clouds.

1. You don’t exceed 20W
2. You own an Ego, Provari, or 10 or 20W istick
3. You own a non subohm clearomizer
4. You collect MolehillMountain drip tips
5. You have no interest in subohming
6. You have a Kayfun, but not an Orchid
7. You have a single coil dripper built over 1 ohm

The post what’s a tootle puffer? Are YOU a Tootle Puffer?? appeared first on aspire blog.